On 10th May 1983, Raja Raibahadur Shewbuxjee Bagla constructed a Temple for Shree Shree Iswar Satyanarayanjee and other Deities at 51, Cotton Street, Calcutta.

At that time, this building was surrounded on all sides by ancient buidlings. On its north there was the narrow lane called Cotton Street and on its east, was another extremely narrow street of Shyamabai Lane. Raja Shewbuxjee immediately on purchase converted the building into a temple with domes on its roof and auditorium on the first floor.

Raja Raibahadur celebrated the Purchase Centenary of this Temple with great pomp and splendor on 10th May 1983. 2nd June 1935 marked the close of the 51st year of the Temple's sublime existence and its semi-centennial Jubilee was celebrated with intense enthusiasm by son, Kumar Gangadharjee. On that day a grand procession was arranged and many shops and buildings were lit up and decorated.

In 1977, Raja Shewbuxjee’s grandson, Satyanarayanjee Bagla, with much persuasion, he managed to gain consent of all the shop owners near the Temple to change the Main Door into a better and more lavish one. 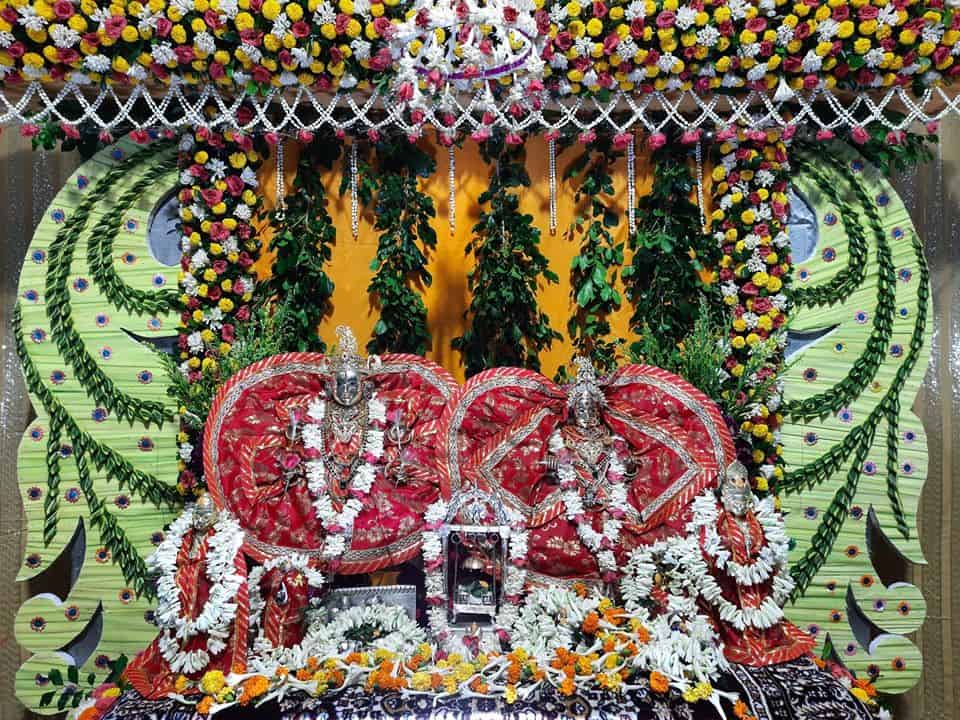 Satyanarayanjee and his family celebrated the Centenary of the Calcutta Temple in 1984 with ample energy and enthusiasm. The festivities in Calcutta started on 1st June 1984 with the worshipping of Gods, Hawan and fireworks and lasted till 4th June 1984, ending with a larger than life procession of Gods and Goddesses followed with music and dance.

In 2003-2004, Lalitji Bagla, son of Satyanarayanjee Bagla, fully renovated the Temple giving it a new look with marble work and paintings. He and his wife, Puspha Devi Bagla, together look after the daily affairs of the Temple till today.

Lalitji Bagla and his family celebrated the 125th year of the Calcutta temple in May, 2009 with abundant pomp and splendor. Puja, Hawan, fireworks and extravagant Darshan of the Supreme Lords with lavish Prasad Distribution were a part of this celebration. 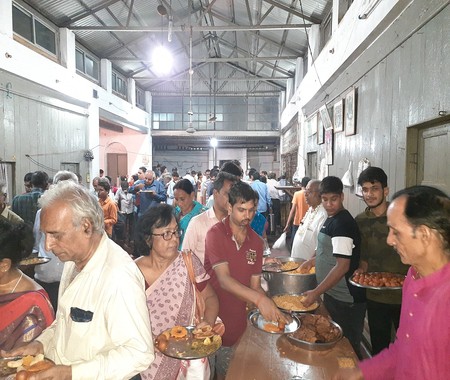 Besides Puja and distribution of Prasad to all Devotees, there are various charitable activities that are being carried on including – Chhetra or the Free Fooding Centre provides food to the ones who cannot make their ends meet, preventing starvation amongst children and elders. There is also a free Ayurvedic Dispensary, which has a doctor on board to help the poor combat diseases with homeopathy medicines. The free Physiotherapy Centre addresses the illness and injuries that limit a person’s ability to perform daily functions. Such treatment is generally beyond the affordability of the economically weaker section of the society and many have benefitted from these centers. The huge halls are also used to teach free Yoga to all promoting Health is Wealth. 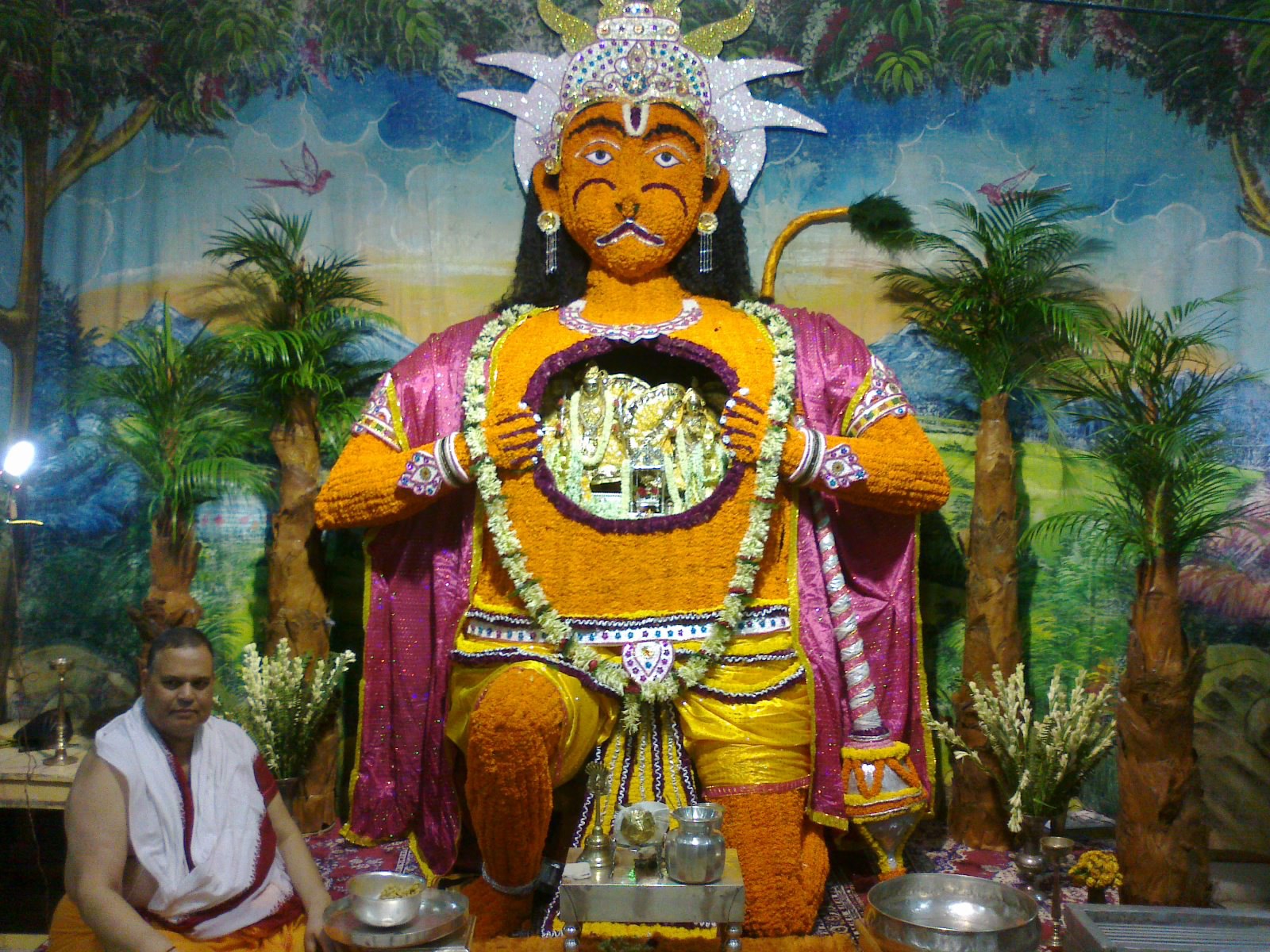 As outlined by the Founder Raja Raibahadur Shewbuxjee Bagla, festivals of several main episodes of the incarnation of Lord Satyanarayanjee, such as Ram Navami, Rathyatra Jhoolan, Sharad Purnima and Annakut are held on corresponding days. All of these are described here.

Two grand processions are taken out every year – one after Janamashtmi  where Shaligramjee, symbol of Lord Krishna, takes a bath in Ganges and returns to the Temple House on the same day. The other Sawari is in the month of Falgun, where the Deities are taken in a grand procession on their Rolls Royce for a four day celebration at the Howrah House of the Trustees and then returned safely to the Temple with another lavish procession filled with music and Holi colours. To know more about the Sawari, please click here. 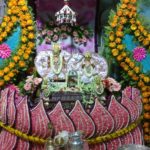 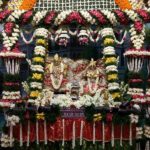 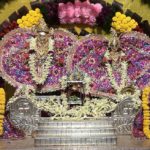 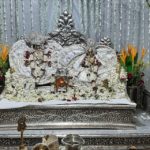 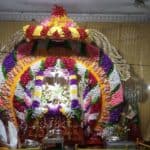 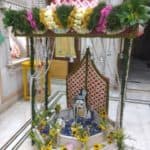 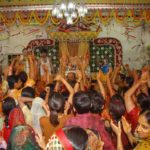 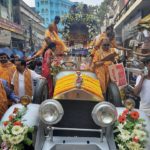